Dick Gavone was a loving husband and father of two girls, but his family was much larger than that. To many Crossroads Alumni, Dick was a mentor, counselor, and sometimes a father. His talent as a camp director came from the gifts he would give. Dick knew how to teach, and when we would finish a project with him, he would give us the gift of pride in ourselves. He would praise what we did right, and in his very strong but gentle voice he would tactfully suggest how we could improve. Dick was a role model for thousands of inner-city children and adults. Because of his leadership, a lot of us grew up to be fine citizens and good parents.

Bill Keniston was a former camper from the Charlestown Boys Club, staff member and college professor in Minnesota and most importantly Bill and his wife Mary are the parents of former Stockade counselor and current Crossroads Outreach Coordinator, Liz Keniston.

Meet our past honorees

Paul came to camp in 1972 when he was 6 years old and was later joined by his brother Ronny and cousin Kevin Yourawski in the 1970’s. As a camper at Wing, Paul had Bill Dunn as his Section Leader, who was one of his earlier role models. He stayed at camp until the 80’s serving in a number of positions including summer counselor, winter camp worker and Assistant Section Director while working for Danny Cripps. His grandparents and mother Sandra were always the first ones to show up on visiting Sunday’s with enough food for all of the camp staff.
Ted first came to Camp Wing in the early 1980’s with his 6th grade class from Pierce Middle School. He returned as a counselor when he started high school and then served as the Assistant Section Director after being hired by Bill Dunn. Ted was an excellent staff member and a great role model to hundreds of children. He received the Theo Roy Builders Cup in recognition of his commitment and dedication to his campers. Ted continues to remain involved today by being an active member of the Crossroads for Kids Alumni Committee.
Crossroads for Kids was awarded a $50,000 grant from the Arbella Insurance Foundation in recognition of Paul and Ted’s nomination. 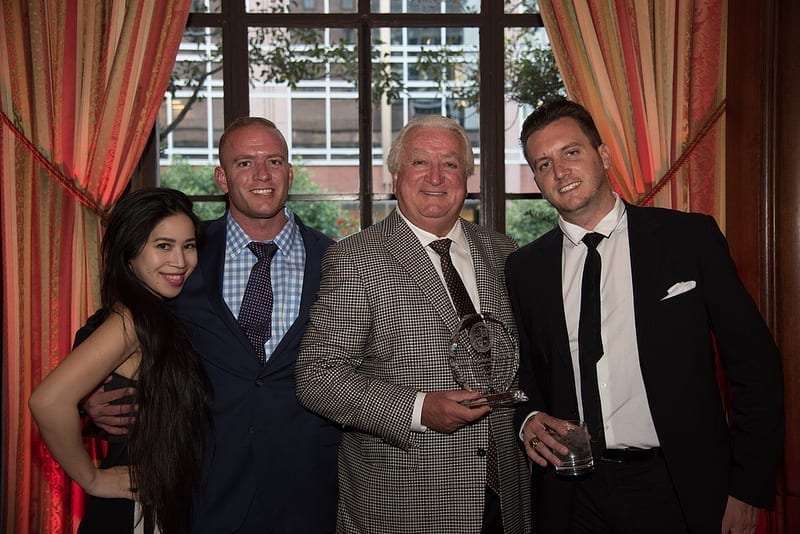