Creating the deepest impact in a young person’s life often means providing them with access to resources and networks that enhance their overall success in school and life. To do that, Crossroads must collaborate with other like-minded organizations, and it is that approach which lead to the creation of the #EmpowerMassYouth Social Media Connection between Crossroads, Year Up and More Than Words.

When asked about the importance of collaboration with other like-minded organizations, Crossroads President Deb Samuels said, “As Crossroads enters a new and exciting chapter, we do so with the success and well-being of all our participants as a top priority. That is why I was glad Crossroads partnered with Year Up and More Than Words, two great organizations helping to make the change.”
In 2015, Crossroads began brainstorming the idea of combining social media efforts with other organizations to increase audience reach and program awareness. To ensure a partnership with the organizations that would best support Crossroads’ mission, members of multiple teams within the organization met. Once identified, Crossroads reached out to Year Up and More Than Words, explaining the idea for social media collaboration and working together to create a plan for a social media competition. At the end of 2015 Crossroads suggested the #EmpowerMassYouth Social Media Connection and developed a proposal that would be discussed in early 2016.
During the three-month competition, a new theme was announced via social media monthly. Audiences posted photos or videos of what that theme means to them while tagging all 3 organizations and using the hashtag #EmpowerMassYouth. The post that received the most likes won and was recognized by all three organizations as well as awarded a $50 gift card.
Having each organization and competition participant tag each other in every related post allowed for an easy endorsement of each other as well as a simple route for youth to take to learn about each organization. 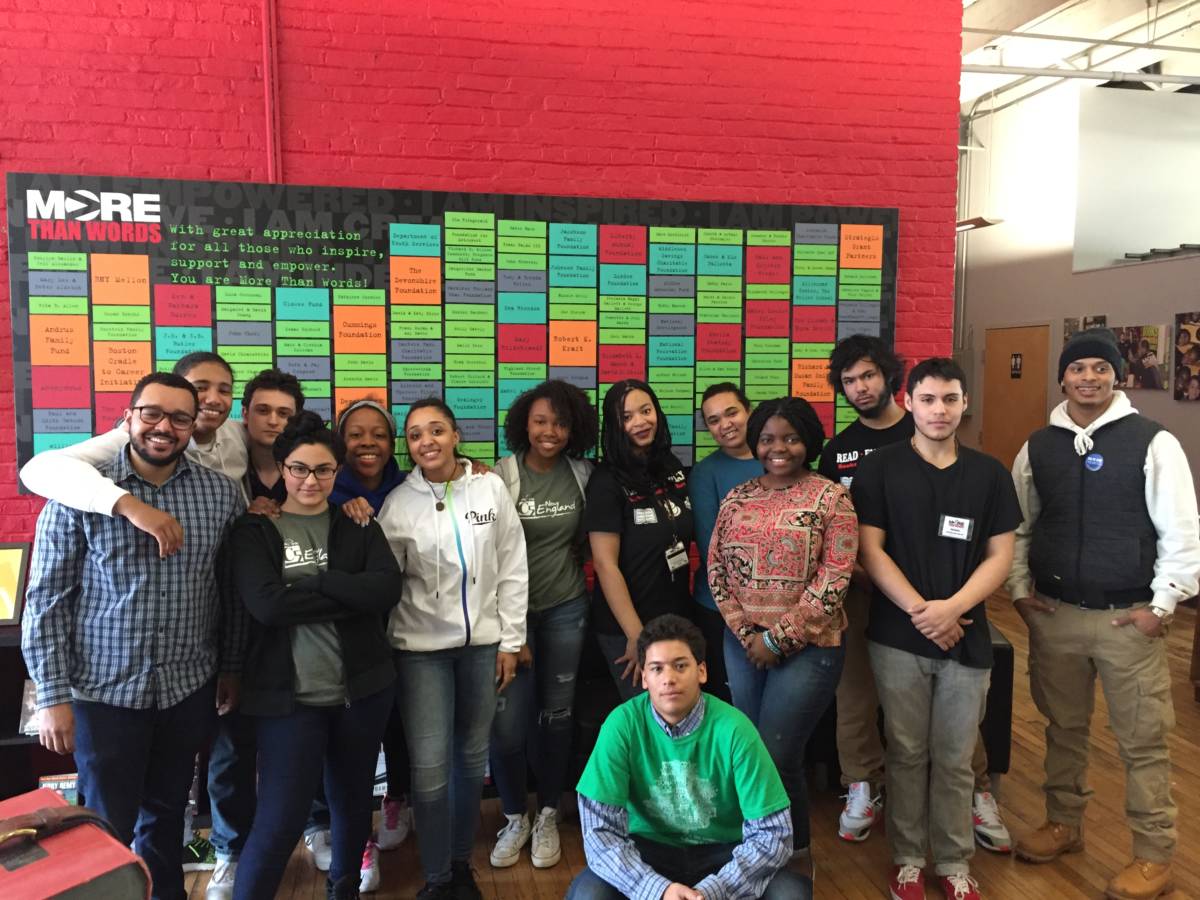 Additionally, More Than Words hosted a service day at their Boston location, bringing teens together from all three organizations to learn about various programs and to see teamwork at an organizational level.
Nearing the end of the three months, Crossroads has been able to conclude that the social competition saw great success. In terms of post reach, a major goal of the competition, Crossroads saw an average post reach (Facebook) of 900 people (compared to their average of 750) on all of their posts with the #EmpowerMassYouth hashtag and many participant posts received more than 40 likes, increasing awareness of all three organizations.