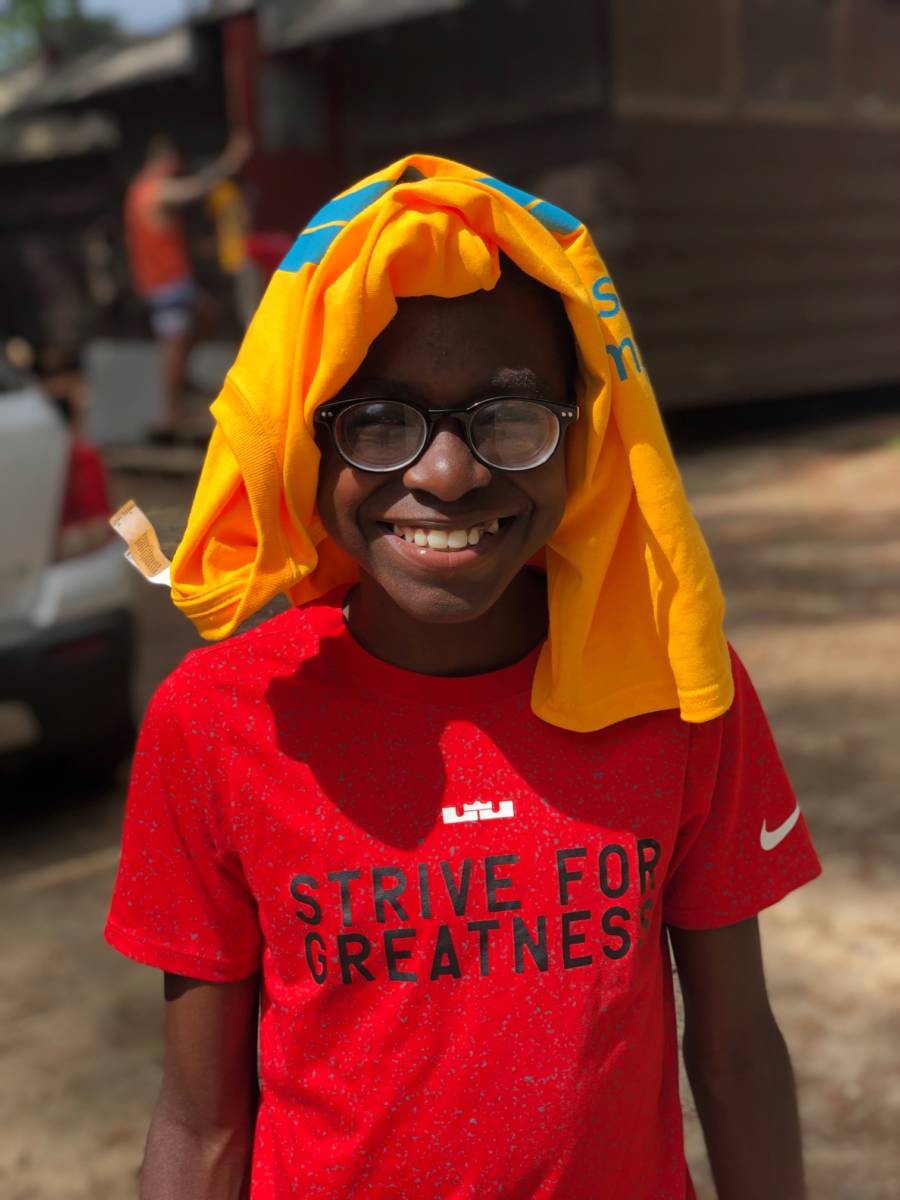 Stanley is a sixth grade Boston Public School student from Dorchester, MA.  He arrived at summer camp for the first time in July and seemed both shy and withdrawn.  When it came time for his first swim lesson, Stanley quietly declined.  Despite the enthusiastic cajoling of his counselors, this scenario repeated itself day after day.  Finally, Stanley confided in his swim instructor, Helen: he wanted to swim, but he had never been in a pool and was scared.  He was willing to try, but he wanted to wear sneakers and a t-shirt.  Helen immediately gave the green light to this request.  Minutes later Stanley is standing fully clothed, at the edge of the pool, whole body visibly shaking, as staff and dozens of campers yell encouragement.  And in an instant…he takes the plunge!  As everyone cheers the accomplishment, there is the realization that Stanley is struggling in the water—even though it is only three feet deep.  The lifeguards jump in and pull him to safety…and the smile on Stanley’s face could light up the entire camp on the darkest night.  Within a week, Stanley is jumping into the deep end and dog paddling by himself back to the edge of the pool.  By the end of the session, Stanley can swim an entire lap, and to the delight of his fellow campers is named Most Improved Swimmer.